Showing posts from 2011
Show All 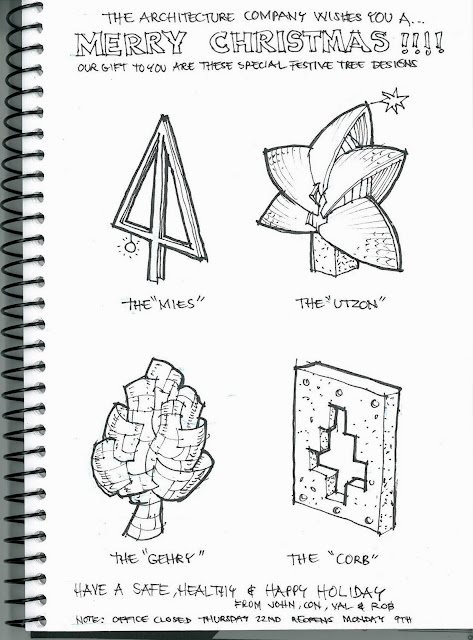 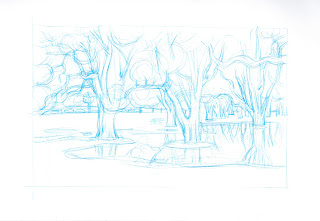 A quick sketch of some of my favourite trees in centennial park. It was after some rain and the ground was flooded to give some great reflections.       J 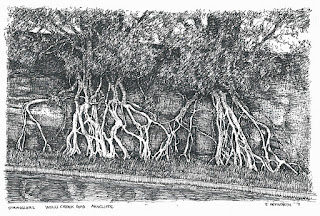 Some strangler figs in our local area....   love the way they just keep hanging on.      J

Been a long time between blogs!!!

This is the new kitchen we are working on in Cremorne. The house has touches of late "art deco" styling so we are referencing it in the kitchen design. Some rounded elements, horizontal curved trims, fluted glass, mixture of face timber and granite finishes.     J 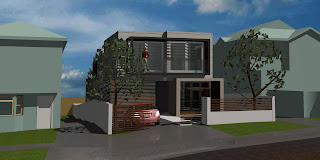 Here are some lovely pics by Val showing the latest design development for our new house design in Maroubra. It's starting to get there. The site is hemmed in by neighbours but has nice outlooks both front and rear. The stepped design is driven by the site fall and the setbacks required for second floors. We are proposing lightweight upper level finishes.

Its a narrow site so we are showing a single sized garage but inside it has a two level car stacker. The expense is offset by having a smaller footprint and reduced driveways.

an old Nazgul from the vaults... 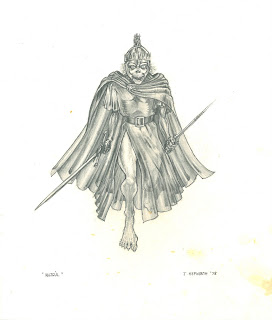 I stumbled across this while archiving old files and drawings. Sketched it up when I first started reading Lord of the Rings back in the 70's. Thought you might find it amusing.   J 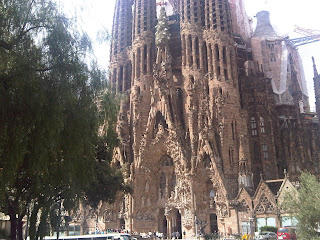 What better than the Sagrada Familia in Barcelona. Here are some pics from our roaming relative, Tim P, who was visiting there in July.

Originally designed by Francisco de Paula del Villar as a Gothic revival church, construction began in 1882. Catalonian hero architect, Antoni Gaudi, took over the project in 1883 and turned his own funky organic style to it, making radical changes to the design. Del Villar retired from the project ... he must have been a bit miffed at the wild changes made to his design.

It is one of the great unfinished projects. When Gaudi died in 1926 it was only about 25% finished. Pope Benedict consecrated it in November 2010. Work left to do is the main central tower. It is anticipated that it will be complete in time for the centenary of Gaudi's death in 2026.

It's a monumental piece of beautiful, organic, and expressive sculpture and one of several world buildings that should be on everyone's bucket lists...         J 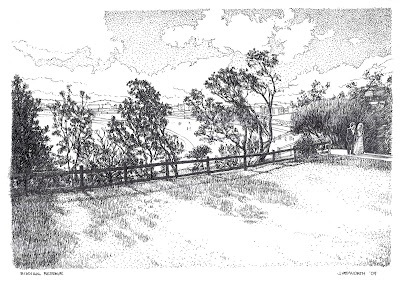 Such a big response for the Chinese Gardens ... thanks for all the kind comments. There was a push/request to publish some more sketches so here's one I did the year before for other friends who got married.

It's Biddigal Reserve at the northern end of Bondi Beach.      J 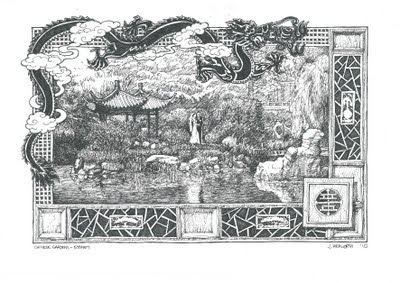 Here's a pic I did for some friends who got married there last year. I've been playing a bit with "frames" for drawings a bit like Aubrey Beardsley work (not as bawdy). Adds an interesting dynamic and a chance to have a bit of fun with patterns and textures. 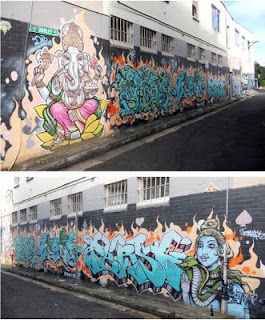 OK, OK.... I've been accused of only showing Melbourne art on architecture!!!!  I know we have just as good stuff up here.

Here's some of my favourites from Newtown. Today it is around the Fiji Markets in south King Street. 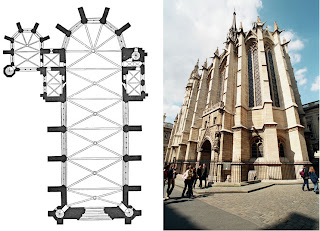 Consecrated in 1248 as a chapel connected to the palace of King Louis IX it remains one of the best examples of the Rayonnant period of Gothic architecture. Louis was a bit of a religious nut and spent a kings ransom buying various religious relics, like a piece of the holy cross, the crown of thorns, the image of Odessa, the sacred spear, etc.  He needed a place to keep all his stuff so he commissioned the chapel. Like most French sacred buildings it suffered major damage during the French revolution of the late 18th century. At one stage it was used as records storage and the lower sections of beautiful stained glass were removed to allow more light in. The building was later faithfully restored by Eugene Voillet-le-Duc in 1855. It was declared a national monument in 1862.

It's located in the Palais de Justice area on the Isle de la Cite. You pass through police checks and metal detectors to enter the area. It looks non de script when first viewed from outside. A relatively smal…
Post a comment
Read more 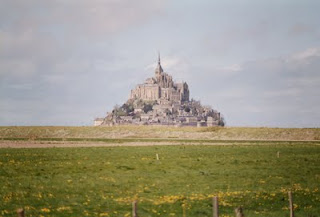 In 708AD the Bishop of Avranches must have got the shock of his life when the Archangel Michael appeared and said he just had to build a church on a rocky islet on the coast of Normandy. Thus began a long history of ecclesiastical construction on what is now known as Mont St Michel. It weathered many storms, wars and neglect. At one stage during the French revolution the abbey was closed and it was used as a prison. It was only through the hard work of influential French people such as Victor Hugo (who also helped save many other national building treasures such as Notre Dame in Paris) that it was restored. The prison was closed in 1863 and it was declared a national monument in 1874.

It's an easy drive through narrow Brittany and Normandy country roads and cute villages to arrive at the causeway. Park on the higher areas to avoid the flooding tide. Meander up through the medieval lower village (avoid the world's most expensive omelette restaurant - madame ... we nevair put ch…
Post a comment
Read more 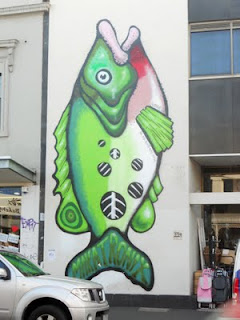 Some more great work from the big smoke (south). A lot of the graffiti from the previous posts has already gone or been painted over. You've got to enjoy them while they last .......       J